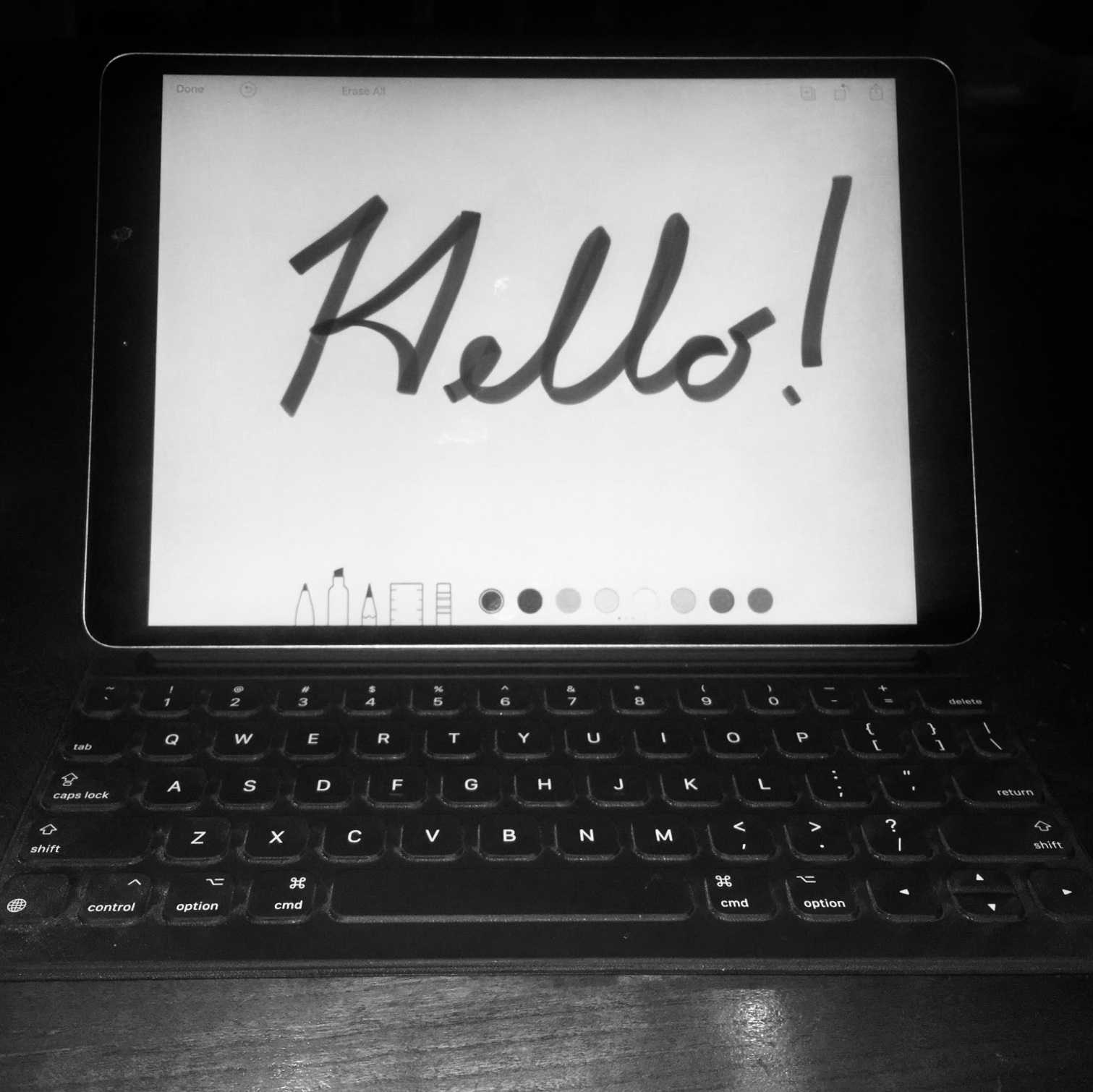 I wear a lot of hats, that each have their own, unique needs: husband, father, son, brother, employee, Scouter, home owner. I also want to ensure I’m making time to take care of myself. And, at some point in the week, I’d like to have some fun.

What does that have to do with an iPad? Is it necessary to help me get stuf done? Honestly, no. I could plan everything out with paper. I can check email from my phone, or — heaven forbid — from the desktop that’s collecting dust.

But at night, I like to be near my wife. And that means sitting on the couch, watching Flash or Arrow (and I guess we’ll probably be sucked into Legends and Supergirl). I’m going to buck the stereotype and say that, after seventeen years of marriage, I still love being with my wife as much as possible.

Also, while my employer provides me with a very nice MacBook, they have locked down the security profile pretty well. It has been a good reminder to limit what personal stuff I do on that machine. The iPad is so light and slim, I really don’t notice the extra weight in my bag when I go to work. So I can catch up on reading, Scout projects or email at lunch.

Finally, I’ll be teaching a class at the University of Scouting on February 24. I don’t want to be tied to the desktop to work on that project.

This is my first iPad. I’d wanted one, well, since they came out, but it never quite became a priority. I’m so glad I waited. Okay, it is terchnically my second iPad. I had purchased a 9.7” iPad Pro a few weeks before the 10.5” was announced. It was fine, but the screen did feel a little tight and the keyboard was cramped. So I took advantage of Costco’s return policy and traded up the 10.5”. It was so worth it. My only complaint, really, is the lack of an escape key on the keyboard. (An unfortunate trend in Apple gear of late, I guess). And everything is wicked fast.

I’ve been running the public beta of iOS 11, as well. It has some great features, but it also has some pretty bad bugs, mostly around multi-tasking, which is the halmark feature. I’m not grousing, though … not until the beta period ends.

So, Hello iPad! Welcome to my world. I look forward to us doing some great things together.

P.S: GitHub’s online editor works great in iOS 11 Safari! This is going to make a perfectly serviceable blogging platform … for the short-term, at least.